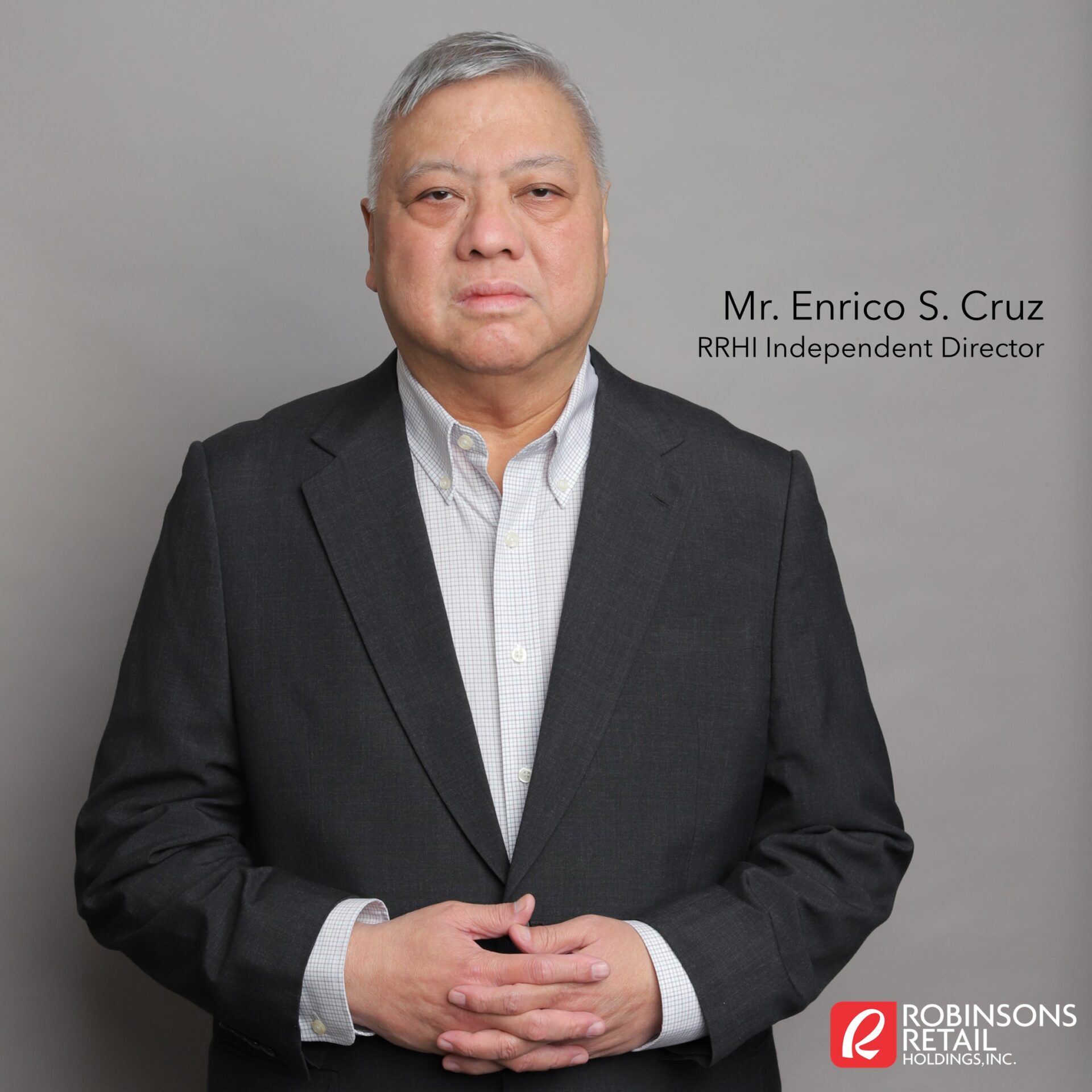 We are pleased to welcome our newest Independent Director, Mr. Enrico S. Cruz, who was elected during the last Board of Directors Meeting held on April 27, 2022. He was elected to occupy the vacant seat in the RRHI Board arising from the demise of Ambassador Roberto R. Romulo, who passed away last January 23, 2022.

Mr. Cruz established an illustrious career in Finance across various capacities over the past years. He was the Chief Country Officer of Deutsche Bank (Manila Branch) from June 2003 to July 2019 and was concurrently the bank's  Head of Corporate Finance. He joined Deutsche Bank in July 1995 where he established the Global Markets (GM) franchise in the Philippines. Prior to Deutsche Bank, he was a Senior Vice President at Citytrust Banking Corporation (CTBC), an affiliate of Citibank N.A. He also currently serves as an independent director of the following companies: Security Bank Corporation, AREIT Inc., The Keepers Holdings Inc., Maxicare Healthcare Corporation, DITO CME Holdings Inc., SB Capital Investment Corporation and CIBI Information Inc.

GoRobinsons now with 14 Robinsons Retail Banners
Robinsons Retail’s 2022 Annual Shareholders Meeting
Our Company
Our Business Units
Corporate Governance
Sustainability
Investor Relations
Stories
Contact Us
By clicking "I Accept" below, you explicitly and unambiguously consent to the collection, processing and storage of your personal data by RRHI for the purposes described in the Privacy Policy. Please ensure that you have completely read and comprehend the terms in our Privacy Policy before providing your consent.I AcceptPrivacy policy